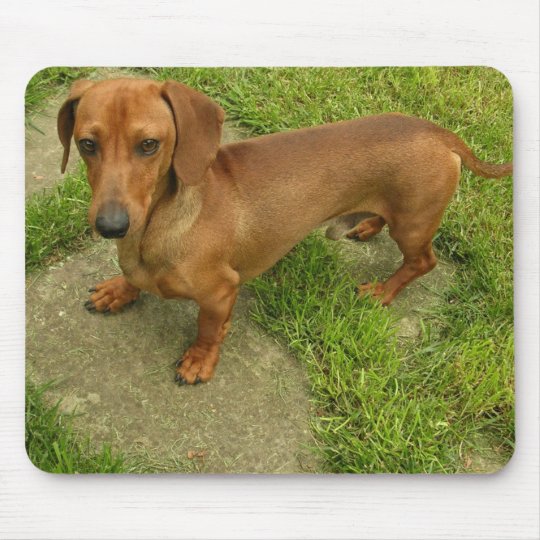 Things you need to know about your Dachshund breed

Things you need to know about your Dachshund breed

I want to share things you need to know about your Dachshund breed.  This cute dog is a hunting dog.  A scent hound dogs bred to hunt badgers and other tunneling animals, rabbits, and foxes.  Yes, they may be small but they are strong enough to take on a badger!!

This is how they got their name…  Dachs meaning badger; hund meaning dog

Dachshunds can be stubborn and difficult to housebreak.  Crate training is recommended.  They are intelligent dogs with an independent nature and playful spirit.

However because of this, they can be mischievous.  You need to be patient, firm, and consistent when training them.

Because they were bred for hunting, they can exhibit some behaviours that are related to that.  They were designed to dig into badger burrows, and that instinct may lead them to dig up your plants!!

They were bred to be tenacious in the hunt and this instinct may lead them to be relentless in pestering you for a treat.  They were bred to not only hunt but kill their prey; in your household, the “prey” most likely will be your Dachshund’s toys and he will effectively “kill” them one after the other.

Dachshunds have loud, deep barks for a dog their size – and they do like to bark!

Your Dachshund will probably be a one-person dog. By nature, he can be suspicious of strangers, so it’s important to socialise him when he is a puppy.

Dachshunds are prone to having slipped disks in their backs, which can lead to partial or full paralysis.Don’t let them jump from high places, and when you hold them, support their backs.

If you don’t watch out, your Dachshund can become fat and lazy, which will put more strain on his fragile back. Be sure to monitor your Dachshund’s food intake and keep him at a healthy weight.

This is know as Intervertebral Disc Disease (IVDD).  This may be due to genetics, moving the wrong way, or falling or jumping on or off furniture.

Symptoms of a problem include an inability to raise up on the rear legs, paralysis, and sometimes loss of bowel and bladder control. It’s important to always support your Dachshund’s back and rear when holding him.

Treatment may consist of anything from crate confinement with anti-inflammatory medications to surgery to remove the discs that are causing the problem or even confining the dog to a doggie wheelchair.

Some owners have found that they can help ward off problems by taking their Dachshunds to chiropractors, acupuncturists, or rehabilitation therapists who have experience working with dogs.

Epilepsy: Dachshunds are prone to having epileptic seizes; can be either genetic or brought about as the result of a fall or a hard blow to the head.  If your Dachshund has seizures, take him to your vet to determine what treatment is appropriate.

Progressive retinal atrophy (PRA): This is a degenerative eye disorder that eventually causes blindness from the loss of photoreceptors at the back of the eye.  PRA is detectable years before the dog shows any signs of blindness.  Don’t make it a habit to move the furniture around.

Gastric dilatation-volvulus (GDV) Also called Bloat or Torsion: This is a life-threatening condition that most often affects large dogs, but because of their deep chests, it also can affect Dachshunds. GDV occurs when the stomach is distended with gas or air and then twists (torsion).

Cushings Disease (Hyperadrenocorticism): This condition occurs when the body produces too much of a hormone called cortisol.  It can be due to an imbalance in the pituitary gland or in the adrenal gland, or it can occur when a dog has too much cortisol from other conditions.  The most common signs are excess urination and excess drinking.

Dachshunds have terrier in their background, they can be mischievous troublemakers.  Longhairs are calm and quiet, and Smooths have a personality that lies somewhere in between.

Temperament is affected by a number of factors, including heredity, training, and socialization.  Puppies with nice temperaments are curious and playful, willing to approach people and be held by them.

Like every dog, Dachshunds need early socialisation, exposure to many different people, sights, sounds, and experiences when they’re young.

Socialisation helps ensure that your Dachshund puppy grows up to be a well rounded dog.  Inviting visitors over regularly, and taking him to busy parks, stores that allow dogs, and on leisurely strolls to meet neighbors will also help him polish his social skills.

Most vets recommend you neuter your dog when they’re around 6 months old.

However, it’s not so straightforward with dachshunds.

Research has shown neutering a dachshund could put them at increased risk of Intervertebral Disc Disease (IVDD).  This is because dachshunds have uniquely long backs and they need their sex hormones to make sure their bodies develop properly.

If you neuter your dachshund before his bones, joints, ligaments and muscles have fully formed, research shows he’s more likely to get IVDD and suffer long-term, irreversible damage to his back.

We recommend a safe time is usually after 12 months old.

As you know, at Rose Cottage we insist that all dogs are neutered.  This is for many reasons. But, mainly due to their behaviour.  This is in general and around other dogs.

This does include Dachshunds as well.  You are still welcome to bring your Dachshund for a day trial and we can discuss with you.  However all dogs after 12 months must be neutered to come to Rose Cottage.

If you want to treat your dog, there are sooo many safe ways you can.  Healthy dog treats are available from us and we would love to help you look after your dog and keep them safe.  But spoilt all at the same time!

Join me again for top tips and  information on your dogs health.  Look after your fur babies.